Narrative Therapy: A Postmodern Approach to the Therapeutic Process 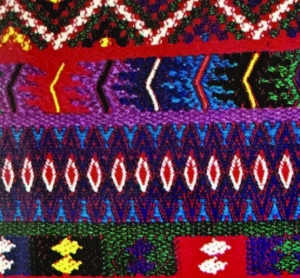 This workshop took concepts from postmodern thinking and infused them into Narrative Therapy: a method for therapeutic intervention. With postmodern concepts as a foundation for Narrative therapy, this therapeutic method becomes a collaborative and non-pathologizing approach to family and couple therapy that respects and promotes people as the experts of their own lives. Narrative therapy interventions treat problems as separate from people. These interventions assume people to have many skills, abilities, values, commitments, beliefs and competencies that will assist them to change their relationship with the problems influencing their lives. Narrative therapy is a way of working that considers the broader context of people’s lives particularly in the various dimensions of diversity including class, race, gender, sexual orientation and ability.In the evolving development of relational therapies (family and couple therapy), postmodern assumptions about the purpose and goals for therapeutic interventions have become the center of how relational therapy is implemented. Hierarchy and power in relationships as well as the role of the therapist is now challenged by the goals of postmodern thought: to deconstruct “facts” by delineating the assumptions, value, and ideological frameworks supporting the “facts.” Those who work as postmodernists recognized that the self is not an isolated, autonomous being but rather is constructed in relationship. Narrative therapy implements these postmodern concepts.

MaryAnna Domokos-Cheng Ham, Ed.D., LMFT is a Professor Emerita at the University of Massachusetts Boston. While at UMass Boston she founded and developed the Family Therapy Program, and was its director. Currently, Dr. Ham maintains a private practice in Northampton, MA. She is also a Master Therapist for Couples Therapy Inc, an online therapy practice that treats couples located internationally and throughout the United States.